The annual list is based on the Web of Science™ citation index and compiled by the Institute for Scientific Information™ at Clarivate. It identifies researchers from across the globe who demonstrated significant influence in their chosen field or fields through the publication of multiple highly cited papers during the last decade. 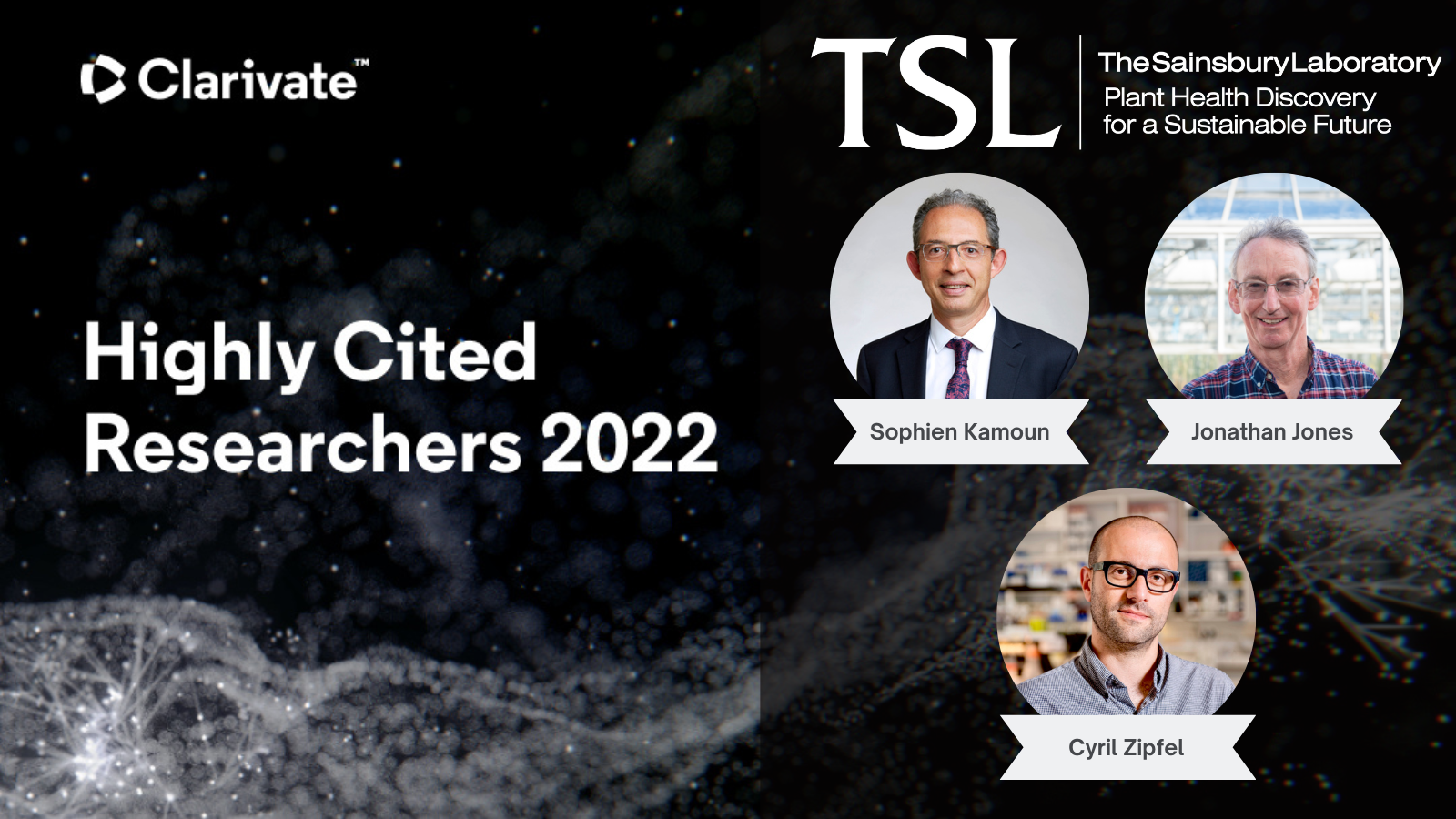 Professor Jonathan Jones studies how plants resist disease, and how pathogens evade or suppress the detection and resistance mechanisms of their plant hosts.

Professor Cyril Zipfel studies the molecular basis of plant innate immunity and aims to decipher signalling events linking the perception of pathogen-associated molecules to the establishment of immunity.

This year, 7,225 researcher awards from 69 countries and regions are recognized – 3,981 in specific fields and 3,244 for cross-field impact.

The UK is ranked third overall with 579 highly cited researchers behind the US (2,764) and China (1,169). This is a particularly high number of researchers at the very top of their fields in terms of citation impact, given that the United Kingdom has a population 1/5 the size of the United States and 1/20 the size of Mainland China.

Professor Nick Talbot FRS, Executive Director of The Sainsbury Laboratory, said: “I am very proud to see the research at TSL recognized in the highly cited researcher list. TSL group leaders have been part of this list since its creation, which demonstrates the enduring influence and impact of the research that we carry out. Our research is generated and supported by the broad TSL family of postdocs, students, and staff across the institute. I am grateful to all of them for their part in achieving such recognition.”

About The Sainsbury Laboratory

The Sainsbury Laboratory (tsl.ac.uk) is an independent research institute that focuses on plant health for a sustainable future. It makes fundamental scientific discoveries in molecular plant-microbe interactions and applies these to reduce crop losses caused by plant diseases, particularly in low-income countries. Around one hundred and twenty staff and students work and study at the Laboratory which is located on the Norwich Research Park, United Kingdom. The Laboratory is generously supported by the Gatsby Charitable Foundation and by the University of East Anglia, wins competitive grants from the BBSRC, ERC and other research grant funding bodies and, for some research programmes, is funded by commercial companies. Established in 1987, highlights of The Sainsbury Laboratory include: discovery of RNA interference in plants by Prof. Sir David Baulcombe FRS as recognised by the Lasker Award and the Wolf Prize in Agriculture, discovery of the first immune receptor in plants by Prof. Jonathan Jones FRS, three current Group Leaders are Fellows of the Royal Society, and five researchers who have been on the Highly Cited Researchers list of top 1% scientists in the world since 2018.